It looks like you're trying to visit our USA store, would you like to go to our UK store?

Royal Enfield has launched the Hunter. And this scrambler looking motorcycle is an eye candy. We love the dimensions and more so we love its dapper graphics and color schemes.

The color scheme of the Royal Enfield Hunter is basically divided into 3 cateogries Factory, Rebel and Dapper.

Rebel Blue is my personal favourite and i think it would be the color of choice for most people. The lovely color is similar to the color scheme of the Triumph Scrambler, but the bike itself is not as wild looking as the Triumph.

Dapper color series in Royal Enfield Hunter basiclaly is the graphics heavy version of the bike. The series uses more graphic stickers on the body - particularly on the tank compared to other variants. 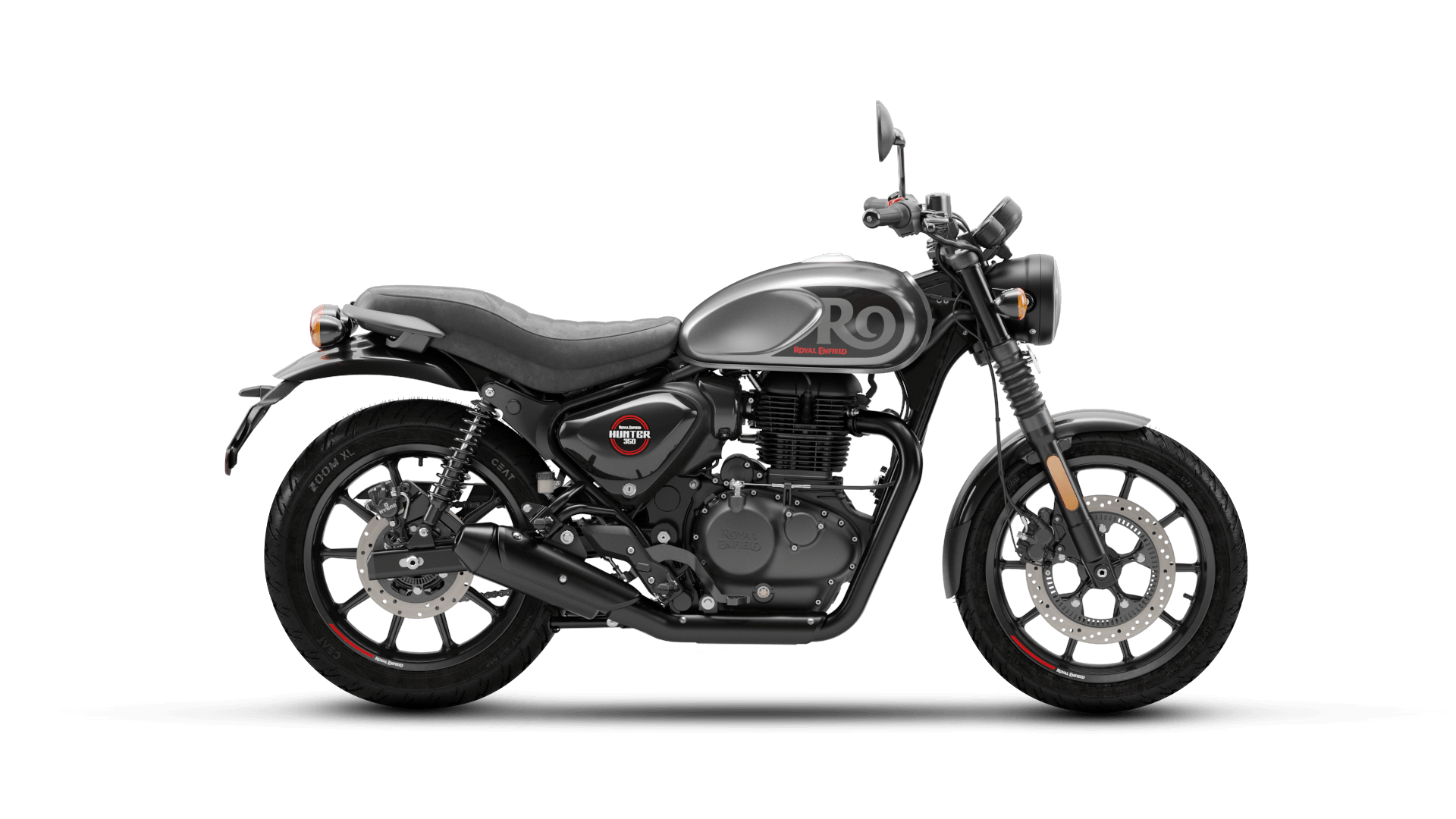 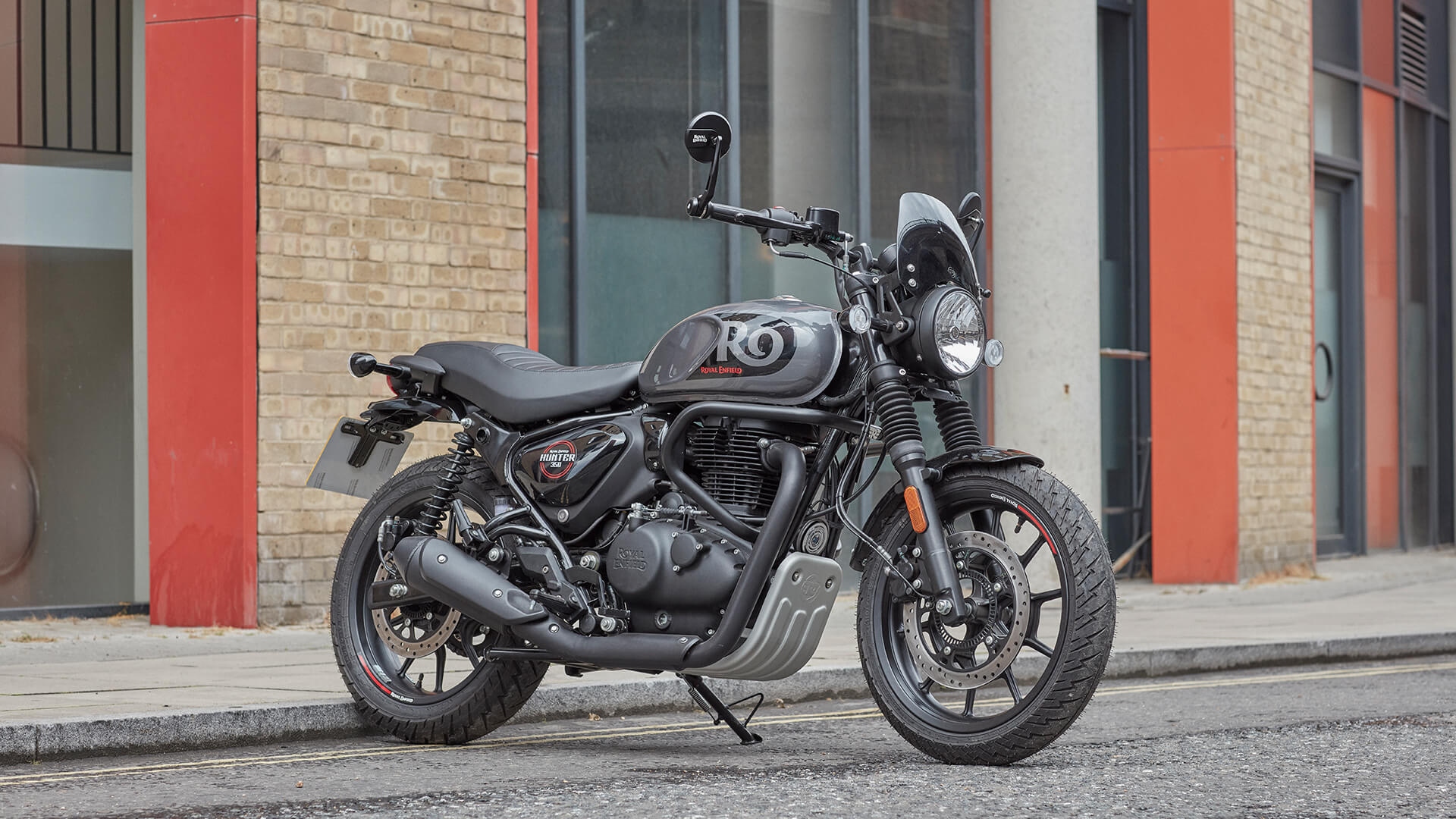 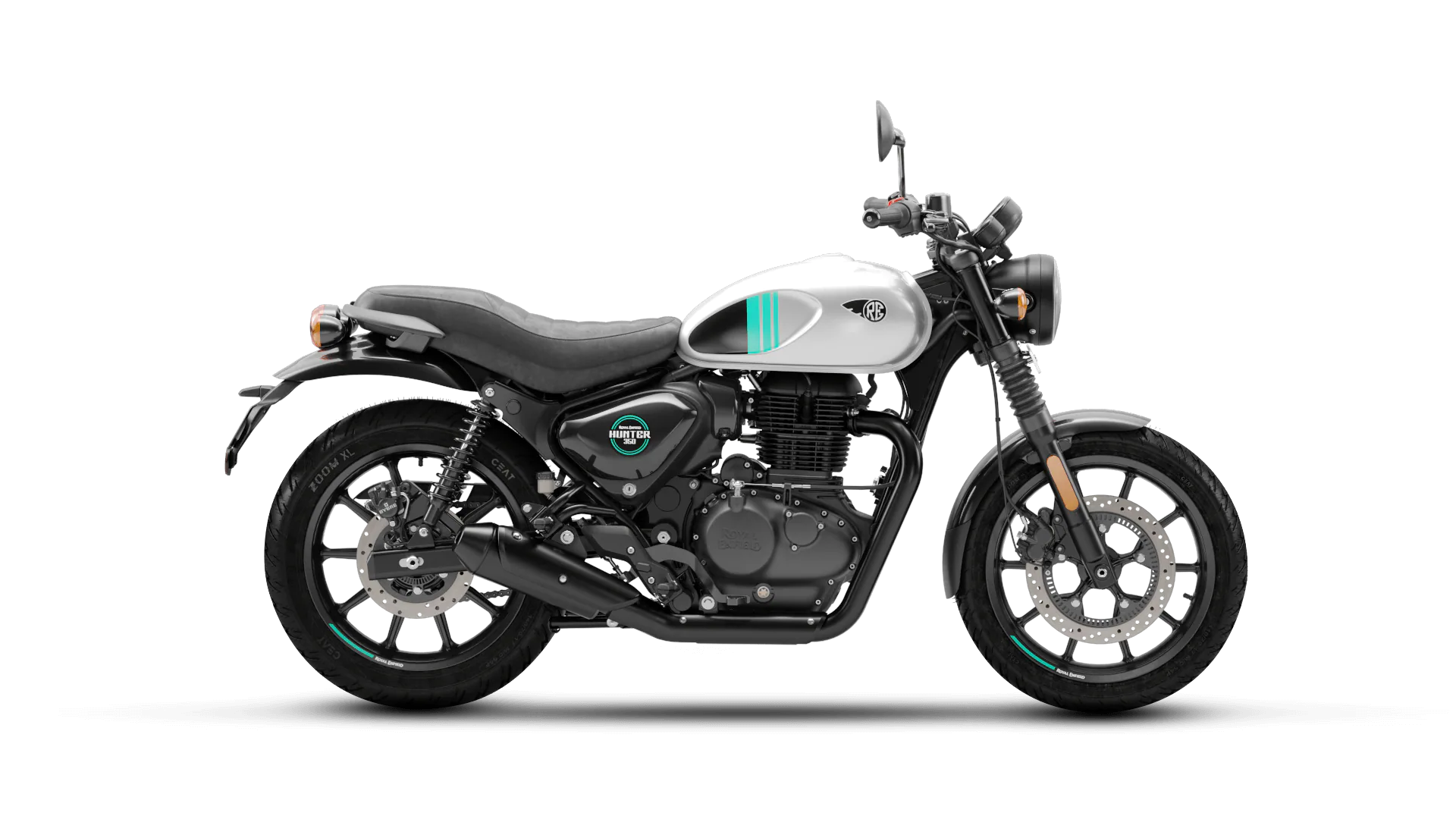 RE hunter Dapper ash is also a very good looking design. It has the Re and Wings design emblem on the tank which has not been seen prominently on any Royal Enfield models since a long time, the logo was sidelined to some of the RE engines. I personally think its one of the best looking logos and RE should use it more on their upcoming models. We can also see mint green stripes on the tank simalar to the ones  we find on recent models of Himalayan. There are wheel rim stickers with Mint green stripes and royal enfield logo. 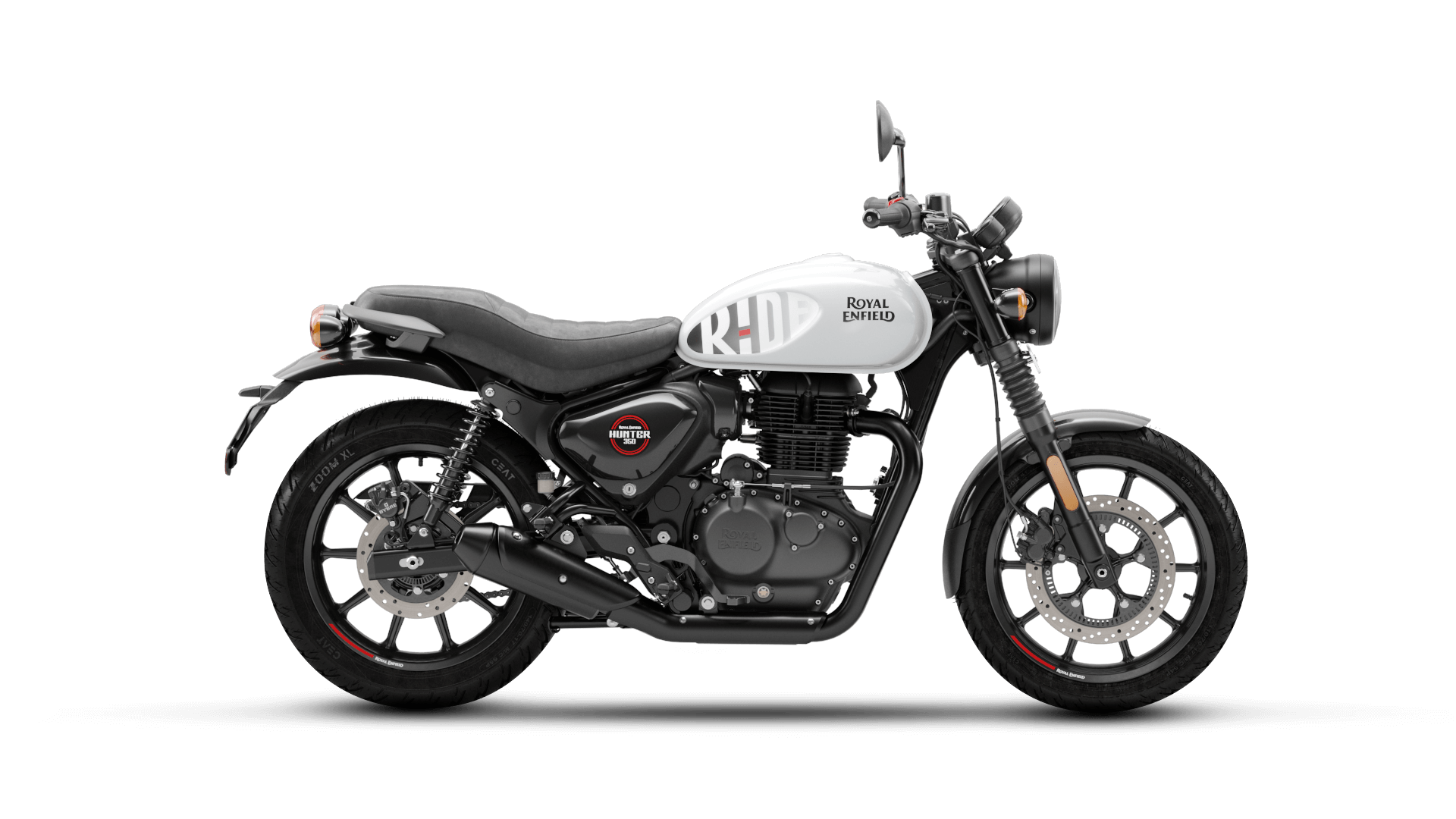 Royal Enfield Hunter Factory color scheme is basicaly a simple color scheme with Royal Enfield center aligned logo on the tank in red and gold combination. There are no other stickers other than the one on the side cover with hunter logo which is common to all Hunter models. Even the wheel rim stripes are missing on the Factory models. 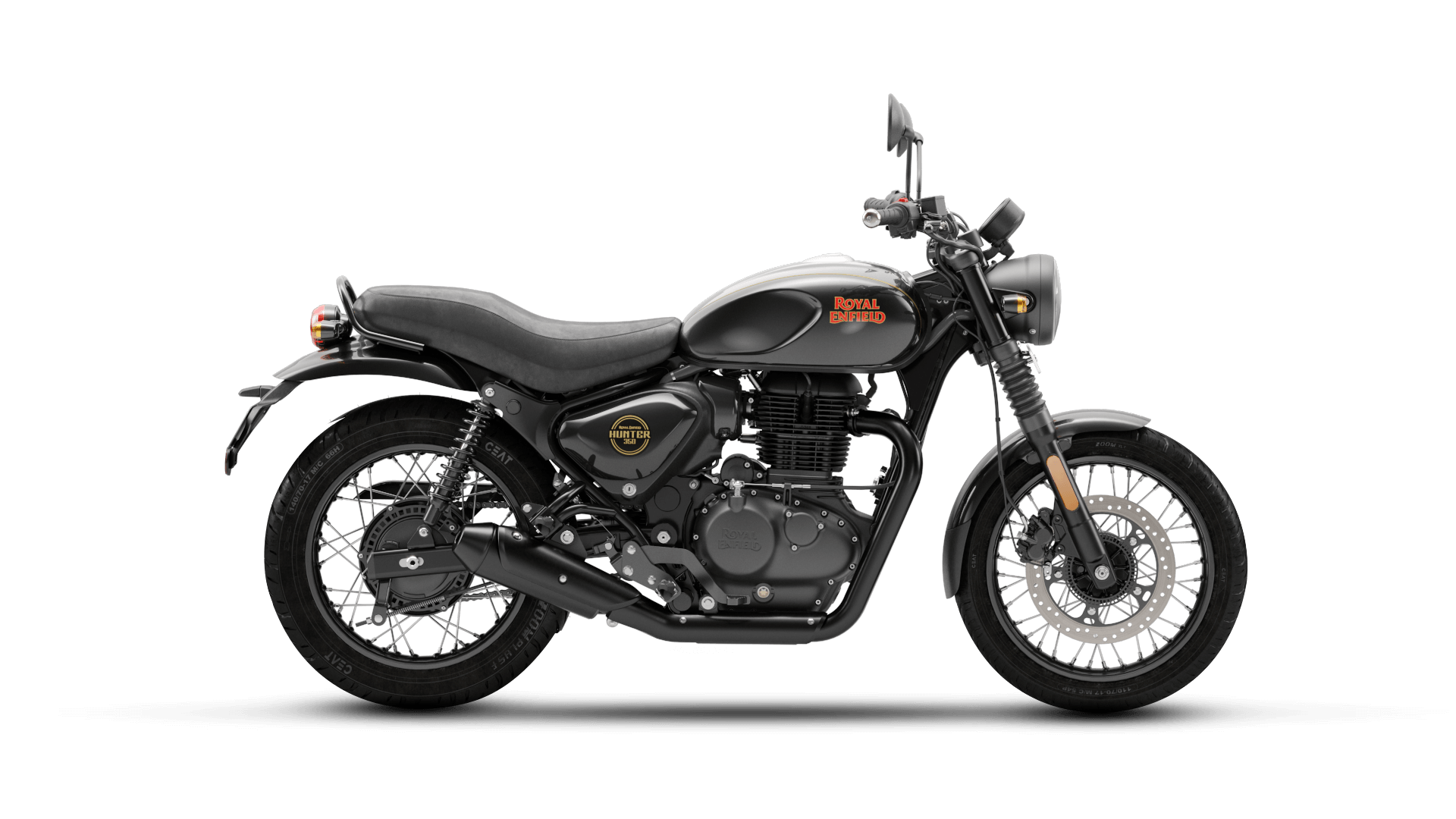 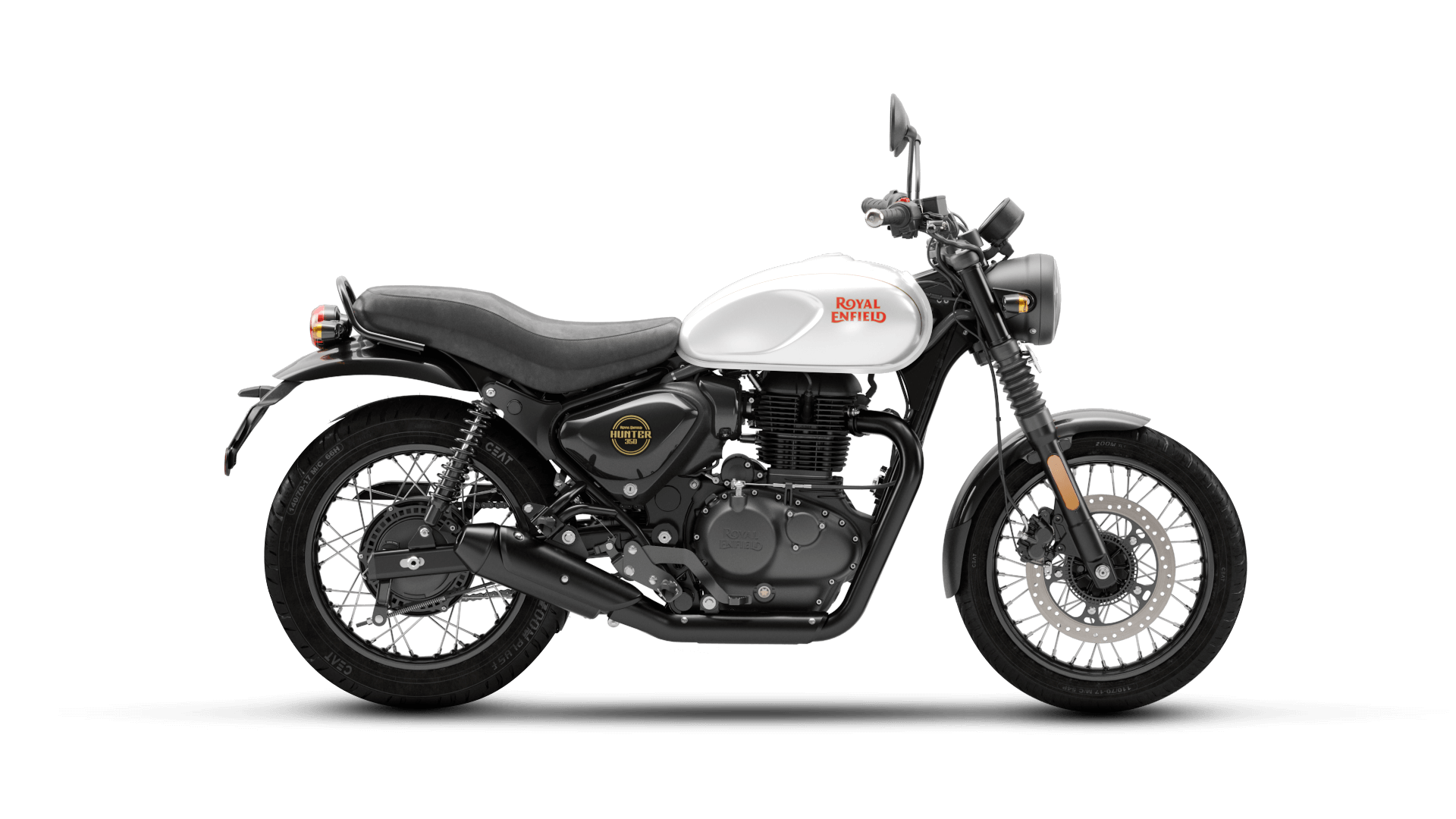 Royal Enfield Hunter Rebel color scheme has two tone tank colors, with large sized Royal Enfield logos on the tank. These are very good looking designs especially with the kind of graphics they have put on tank. 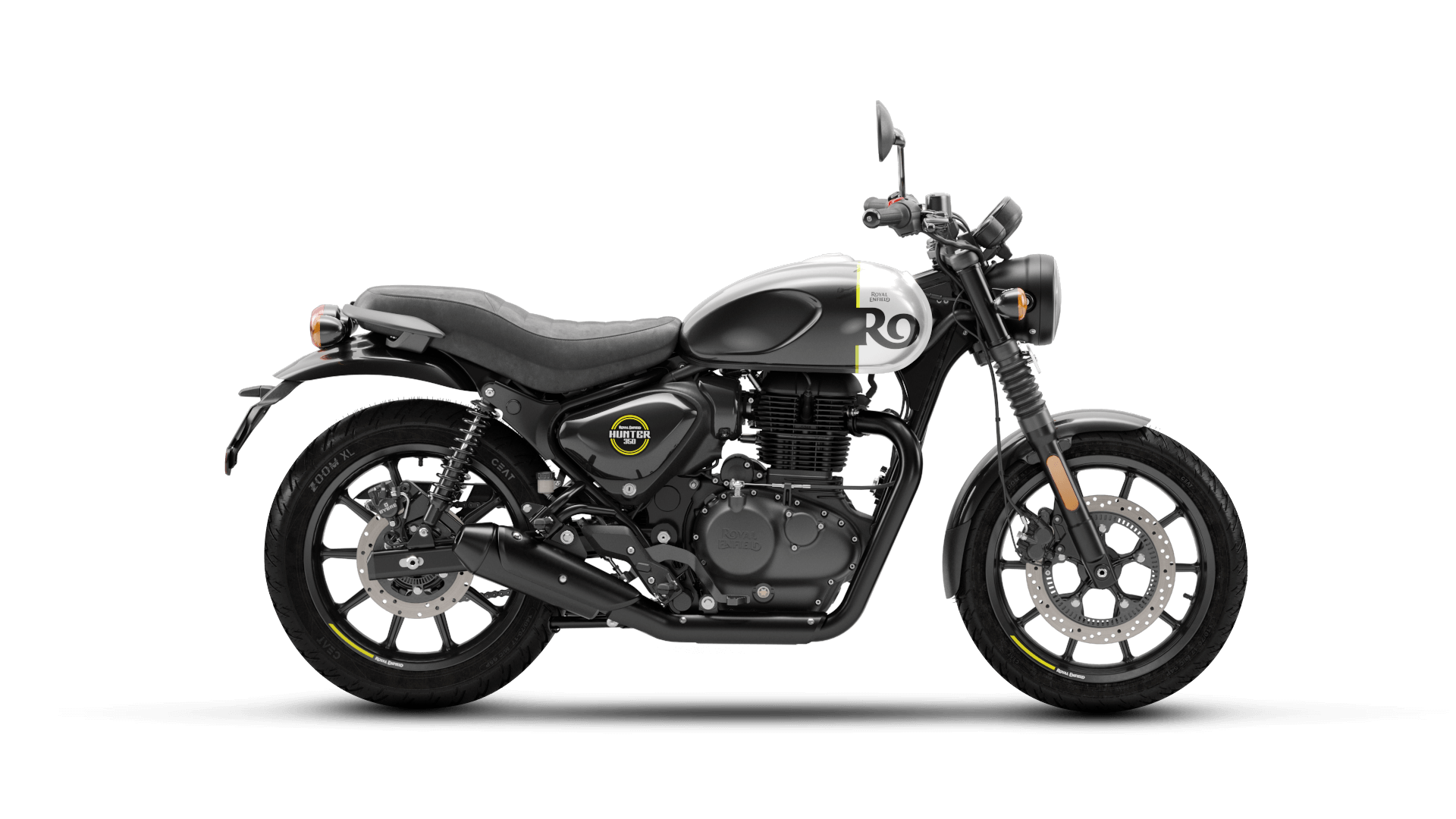 The Royal Enfield hunter Rebel black has black and white toned tank with a yellow line separating them, the lemon yellow has also found its way on to the Hunter logo on the panel and the wheel rim stickers. The royal has the Half part of royal enfield logo in large size and a smaller royal enfield logo just above it in smaller size. 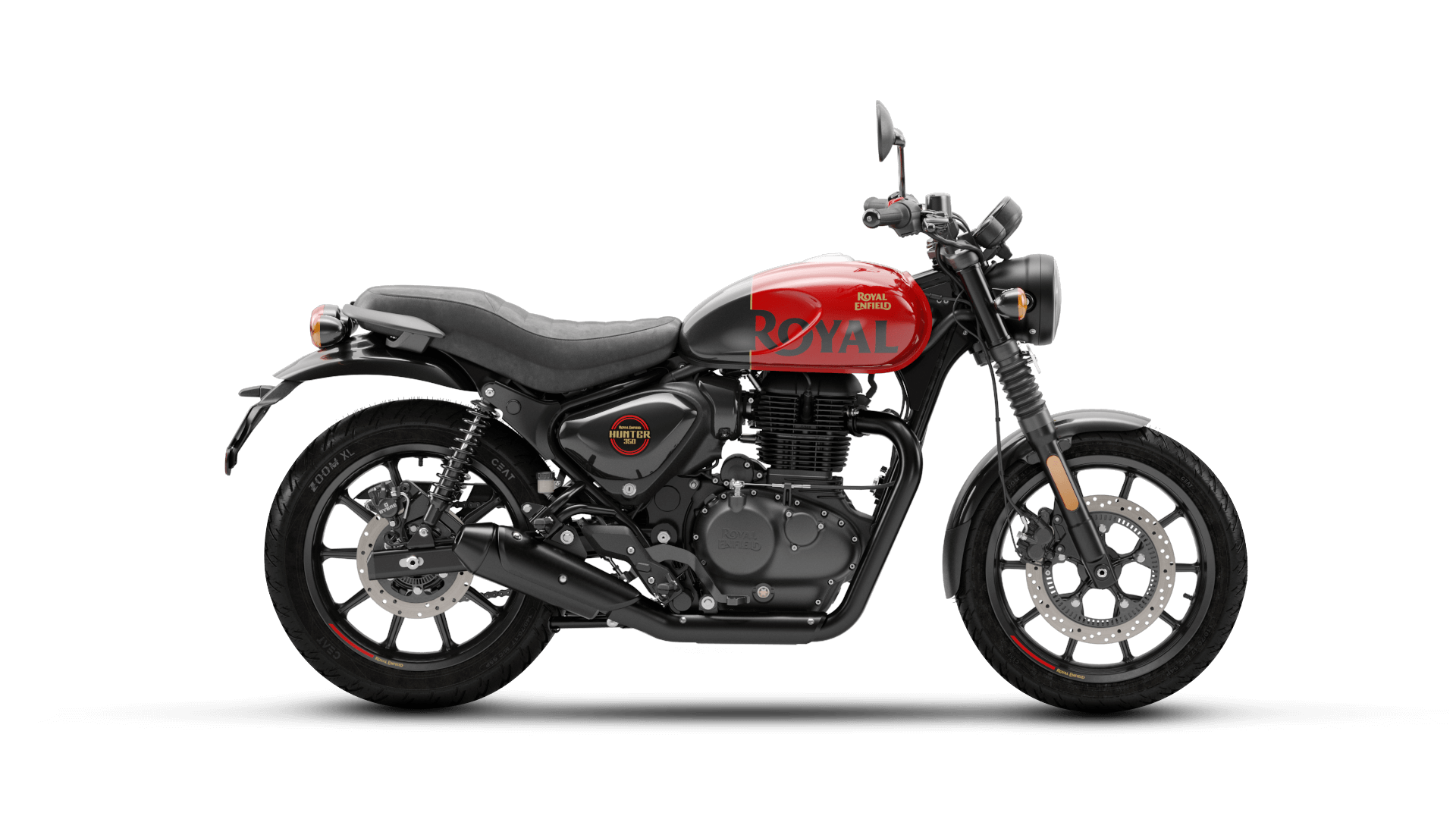 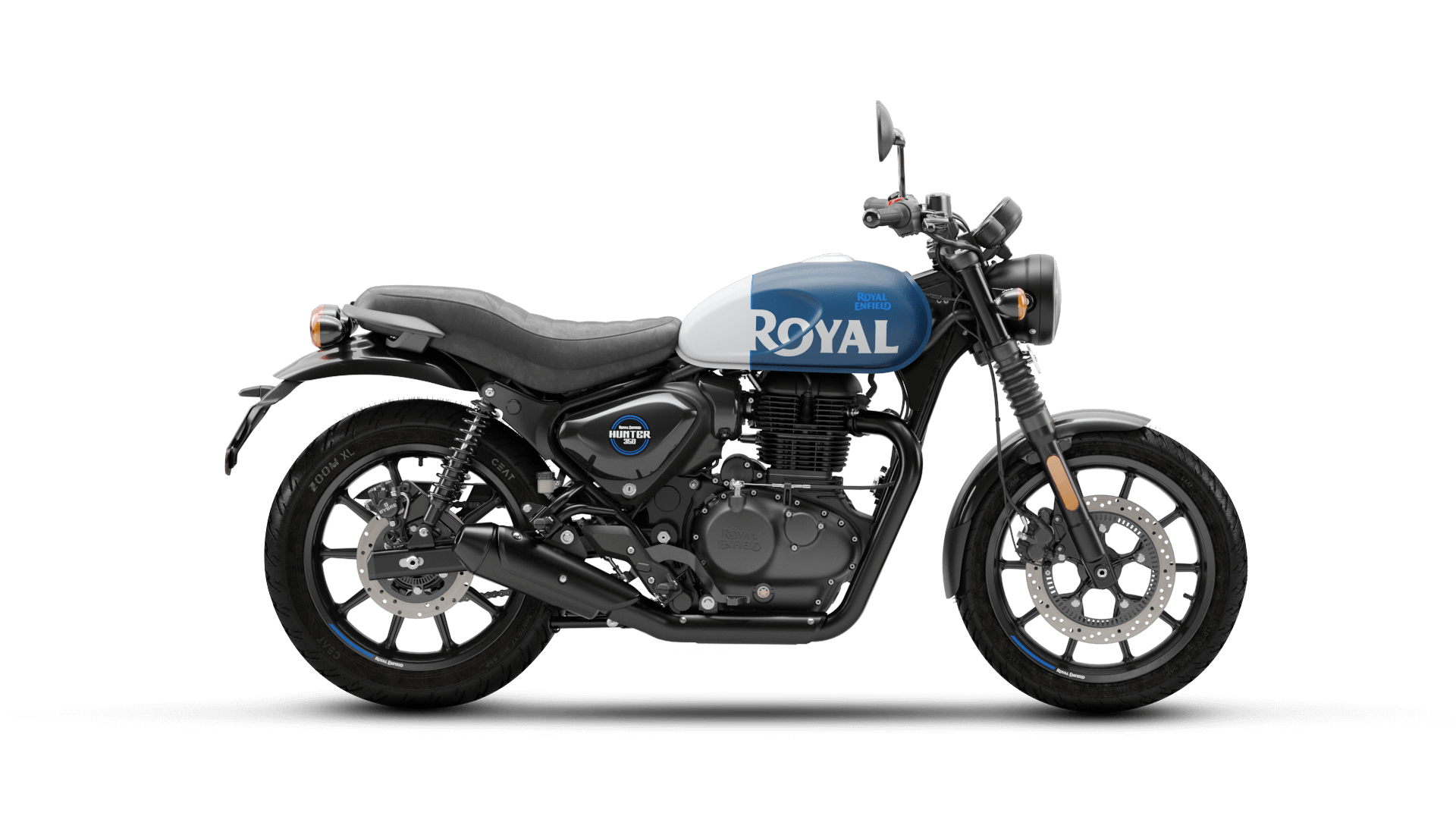 The royal enfield hunter Rebel Blue  and Rebel Red are exactly same except for the color scheme. The rebel blue has a blue and white tank tone and Rebel red has Red and Black tank.. Though i think a Red and white color combination would have looked better similar to the one found on continental GT baker Express.

So now if you are into share trading go ahead and buy those Eicher motors shares, because this bike is going to add weight to their balance sheet in coming quarters.

We have recently add the logo stickers for Royal Enfield Hunter, do check it out its suitable for application on helmets or any other parts of this motorcycle.

RE with wings sticker for Royal Enfield bikes. (pair of 2)
280Rs.
Add to Cart
Add to Wish List
Compare this Product